Can Hamsters Eat Bread? 4 Things You Need To Know!

Can Hamsters Eat Bread? 4 Things You Need To Know!

This is also one of the typical questions that rank high among the most often asked feeding questions for new hamster owners. First of all, I will directly tell you my answer: yes, but mostly yes. In this article, I will tell you why it is “yes” and why it is “mostly”.

Contents hide
1 I was told hamsters should not share human food?
2 Which part of bread can I feed my hamster?
3 What kind of bread can my fluffy eat?
4 How much bread can a hamster eat?
5 Conclusion

I was told hamsters should not share human food?

It is true, without exceptions, but bread is one kind of human food with its own specialty.

Firstly, bread is made of what hamsters should eat originally. As is well known, bread is made of flour, and flour is made of wheat. Without a doubt, what is on the menu of wild hamsters, and according to scientific research, which takes up a high proportion? Since wheat is widely grown or cultivated across the continents, almost every hamster species eat it as a daily source of sugar, which offers a large amount of energy to these tiny creatures directly in the cruel wild nature. Thus, in the aspect of raw material, our hamsters do not have any problem with eating bread.

Secondly, bread does not have a luring scent or flavor. When we talk about human food in the circumstance of feeding a pet, we are talking about seasoning and attractant in human food. It is animals’ natural instinct to get interested in all kinds of seasonings because they truly make food smells and tastes better, but for tiny hamsters, they can be a fatal extra burden to their kidney. Once they get used to eating flavored food, they would refuse to eat plain commercial hamster food, which is consists of dull nuts and seeds without any attracting phagostimulant.

Thirdly, the nutrition of bread is relatively healthy for hamsters. Bread is made of flour and yeast. The former one mainly contains starch, amylase, and vitamin E, while the latter one is beneficial bacteria for hamsters. Starch is a better source of sugar compared with fructose and common disaccharides, so it does not contribute much to obesity or potential diabetes.

For us human beings, the bread may not a healthy choice as daily main food according to modern physical health consensus, but since it is naturally on hamsters’ menu, bread may not be a bad choice for pet hamsters.

Which part of bread can I feed my hamster?

I would suggest a crust.

The first reason is that crust is hard enough to benefit the hamsters’ teeth. As typical small rodents, the teeth of hamsters will not stop growing all throughout his life. Since the crust is always crunchy and tough, it can partly play the role of a perfect chewing treat.

Besides, the crust will not be stuck in cheek pouches. As is well known, small rodents have large, deep cheek pouches to store food, but sometimes inappropriate food will rot and become a hotbed for bacteria. Since the crumb is usually way much wetter than the crust, it can be easily stuck to the surface of cheek pouches while being swallowed, and arouse all kinds of oral cavity diseases in the near future.

There is also another important reason is that crust does not have much flavor. No matter what the main ingredients are in your bread, the crust is always plain, a little bit bitter, and extremely hard to chew, which is exactly your hamster’s needs. And since then you will have a perfect excuse to get rid of the terrible crust, why not offering it to your fluffy?

What kind of bread can my fluffy eat?

Brown bread is the best. Brown bread is simple, plain but healthy. Without any additional sugar or butter, it can be a perfect healthy treat for your fluffy. Whole wheat bread, rye bread, and black rye bread are all good choices. Sometimes you may add dried figs or raisins in your healthy bread, and they can also be fed to your hamster because dried fruit is also their favorite.

Here comes the reason for “almost”. If you simply feed your fluffy with the crust part as I have recommended above, then the bread varieties do not matter much. But if you are talking about a whole bread, below are forbidden from your fluffy.

1. white bread, bagel, toast, baguette, croissant, brioche: too much sugar, butter, or cheese, which are a burden for hamsters and lead to health problems like obesity.

2. pretzel, garlic bread: too much salt or seasoning, which exhaust their kidney and prevent them from healthy food.

If you are not sure about the bread you want to feed, always remember the basic rule: the simpler, the better.

How much bread can a hamster eat?

Bread can be offered to your fluffy as and only as special treats, rather than any kind of main food, even the recommended healthy brown bread. Nutrition in bread cannot meet the need of hamsters, because unprocessed grains and nuts contain gluten and several more kinds of vitamins. What’s more, too much yeast will break the balance of intestinal flora and cause diarrhea, which is an extreme symptom for hamsters.

In conclusion, bread is the best choice among all kinds of human food pet owners may offer to their hamsters, but the amount still should be limited. After all, simply share a little bit of crust is definitely not harmful to your fluffy. 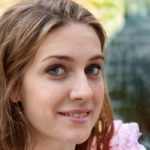